The Nobel Prize in Chemistry 2018 rewards work on directed evolution of proteins that led to the revolution of therapeutic antibodies.

The Nobel Prize in Chemistry 2018 rewards the work of three researchers on the evolution of proteins. Frances H. Arnold who led the first studies on the directed evolution of enzymes that led to molecules with improved properties for biotechnological applications, particularly in the industry and ecology sectors. George P. Smith and Sir Gregory P. Winter for the invention of the elegant method of phage display and the extension of this approach for obtaining human antibodies, respectively. The work of Sir Gregory P. Winter has led directly to the explosion of the field of antibody-based therapies. The first major advance was the idea of humanizing an antibody by transplanting the binding site of a rodent antibody to a human antibody in the 1980s by Sir Gregory P. Winter. Remarkably, this demonstration obtained with model antibodies was quickly applied to an antibody of therapeutic interest through a collaboration with Prof. Hermann Waldmann who had developed the CAMPATH-1 anti-CD52 rat monoclonal antibody that gave remarkable but transient clinical results due to its immunogenic properties. The humanization technology developed by Sir Gregory P. Winter led to the first humanized clinical antibody CAMPATH-1H (lemtuzumab). Prof. Hermann Waldmann and Sir Gregory P. Winter did not stop at an academic description and quickly tested this new treatment in patients thanks to the involvement of Drs. Martin Dyer and Robert Markus, with remarkable results in non-hodgkin lymphomas. Following the discovery of George P. Smith on phage display in 1985, Sir Gregory P. Winter very quickly imagined and developed the applications of this technology for the discovery of new antibodies in the late 1980s. The work of Sir Gregory P. Winter, since the development of CAMPATH-1H, has always been led with the goal of clinical applications of these new molecules through his academic research and the creation of several companies based on these technologies. In addition to alemtuzumab approved in 2001, the work of Sir Gregory P. Winter, winner of the Nobel Prize in Chemistry 2018, directly participated in the marketing of the first antibody from a phage library in 2002, adalimumab, used in particular in the treatment of rheumatoid arthritis and first antibody in terms of revenue in the global market. Through the work of Sir Gregory P. Winter, the Nobel Committee has appreciated the major therapeutic advance that human antibodies represent in human health. 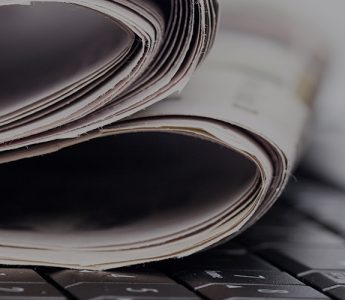