The use of monoclonal antibodies for the treatment of numerous diseases, has generated major medical interest in recent years and encouraged awareness in the significant scientific, medical and economic challenges that France must take up in order for its pharmaceutical industry to become more competitive at an international level. The aim of the MAbImprove Laboratoire d’excellence can be summarized in a few words “improved antibodies, improved development and improved use”. Improved both in the way they should be developed and used, by research into their mechanism of action and their distribution in the organism, this research is mainly clinical since the only relevant model for humanized antibodies is none other than the human, this will enable the generation of new understanding essential to the development of new generation antibodies.

Backed by Tours University, the MAbImprove project was labelled a laboratoire d’excellence “LabEx” on Friday, March 25, 2011, as part of the “Investment for the Future” project launched by the state and funded for 10 years to the tune of 8 million Euros. MAbImprove has been renewed for 5 more years (2020-2024) and thus benefits from an additional budget of around 4 million euros.

Based on a partnership between the Universities of Tours and Montpellier, associated with INSERM, the CNRS, the INRA, the CHRU (the university hospital) of Tours and Montpellier Cancer Institute, MAbImprove welcomed three news partners for the 2020-2024 period: the CHU of Montpellier, the CHU of Nîmes and IMT group. The LabEx now unites 28 research teams and more than 200 researchers. It is based on the complementarity of both sites, as well as on a national network of academic teams involved in the project, and numerous pharmaceutical and biotechnology companies directly affected by fallout from the project. 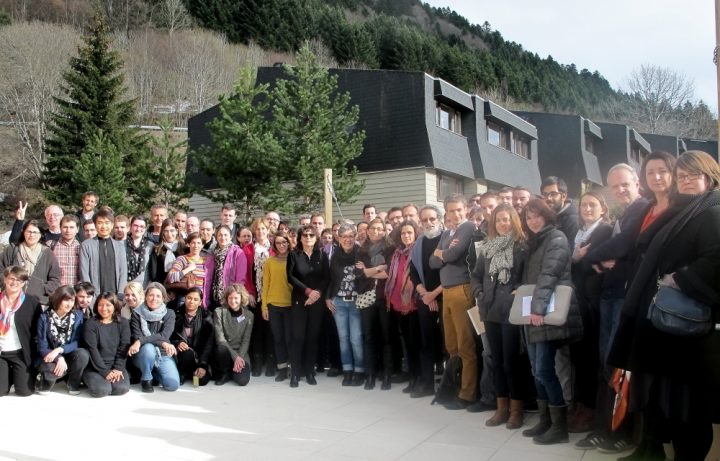